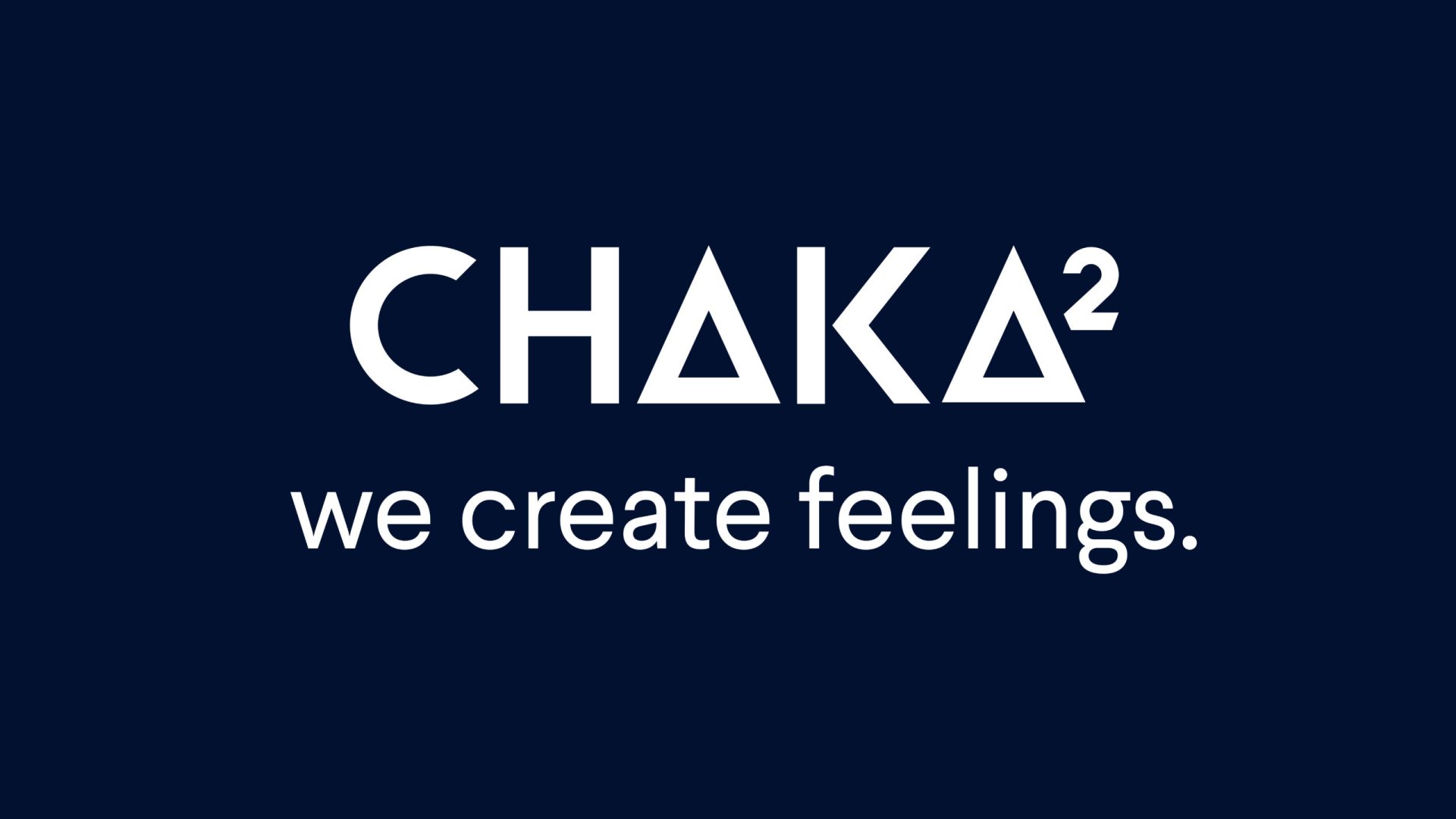 We have learned a lot in the last 10 years, have grown and developed. Customers have become friends, projects have become unforgettable and the Chaka2 community has grown from year to year.
10 years Chaka 2. 10 years of experience. 10 years 1 team. A reason to refresh the Chaka2 logo and adapt the social media channels and our homepage.

OUR LOGO
The logo is the most valuable and important brand asset. As the company’s most effective iconic image, the logo provides recognition and influence our decisions. The Chaka2 logo lets others know the quality of event or experience that they can expect to receive from us. It has the power to differentiate us from competitors and to built brand trust.

One of the most asked questions is what the meaning of Chaka and squared is.
The founder Martin used „Chaka Chaka“ as a motivational expression when he worked as an Event and Hospitality Manager for the DO & CO Group at Formula 1. America’s Cup, WTA Finals, UEFA Champions League Finals, FIVB Grand Slams and the FIS Ski World Cup.
In math, the squared is a term for something multiplying by itself – Chaka Chaka = Chaka2. However, over time and simplicity reasons it is nowadays called Chaka2 (Chaka two).
The Chaka2 logo is made up of two parts: the ‘CHAKA2‘ wordmark including the logo symbol and the tagline ‘we create feelings’.

Dark blue stands for professionalism, security and formality. It is mature and trustworthy.
Red is the warmest and most dynamic of all colors— it triggers emotions and is associated with passion and love as well as importance and attention.
Blue meets Red here in a clash of water and fire. The calmness, trustworthiness and security of blue combines with the passion and importance of red to create a potent mix togther with White.

TRIANGLE
The shape of the triangle can imply stability, power and energy. However, a triangle can also imply motion and dynamics. The eye is drawn to the shape and follows it from the widest part of the shape to the pointed tip. It will symbolize the force of fire and the power of the mountain.
The triangle can be a very versatile symbol with different meanings. It can symbolize how working together can unite people. It can represent the process of development and getting to the highest point of a change that is spiritual. It can symbolize achieving dreams and ambitions. It can represent balance and being creative. It can symbolize rising up.
The triangle symbolizes many different things that are fitting to the Chaka2 brand. This triangle mainly stands for the Gate To Emotions.

GATE TO EMOTIONS
In human psychology the cognitive triangle illustrates the relation of our thoughts, feelings and behaviors. They are all interconnected with each other and influence one another. We can change or influence one by changing another.
The cognitive triangle is for us the Gate To Emotions, which we want every client, customer, participant of our events and projects to go through. The thoughts they have attending our events change the way they feel, which subsequently changes the way that they act, which then influences their thoughts.

At the end of the day, we want that the project spearheaded by Chaka2 creates feelings like joy, excitement and passion. These emotions in turn generate unforgettable moments people will want to remember.

As you can see, the Gate To Emotions (triangle) is the ultimate goal and therefore is used as key design element in almost every design.