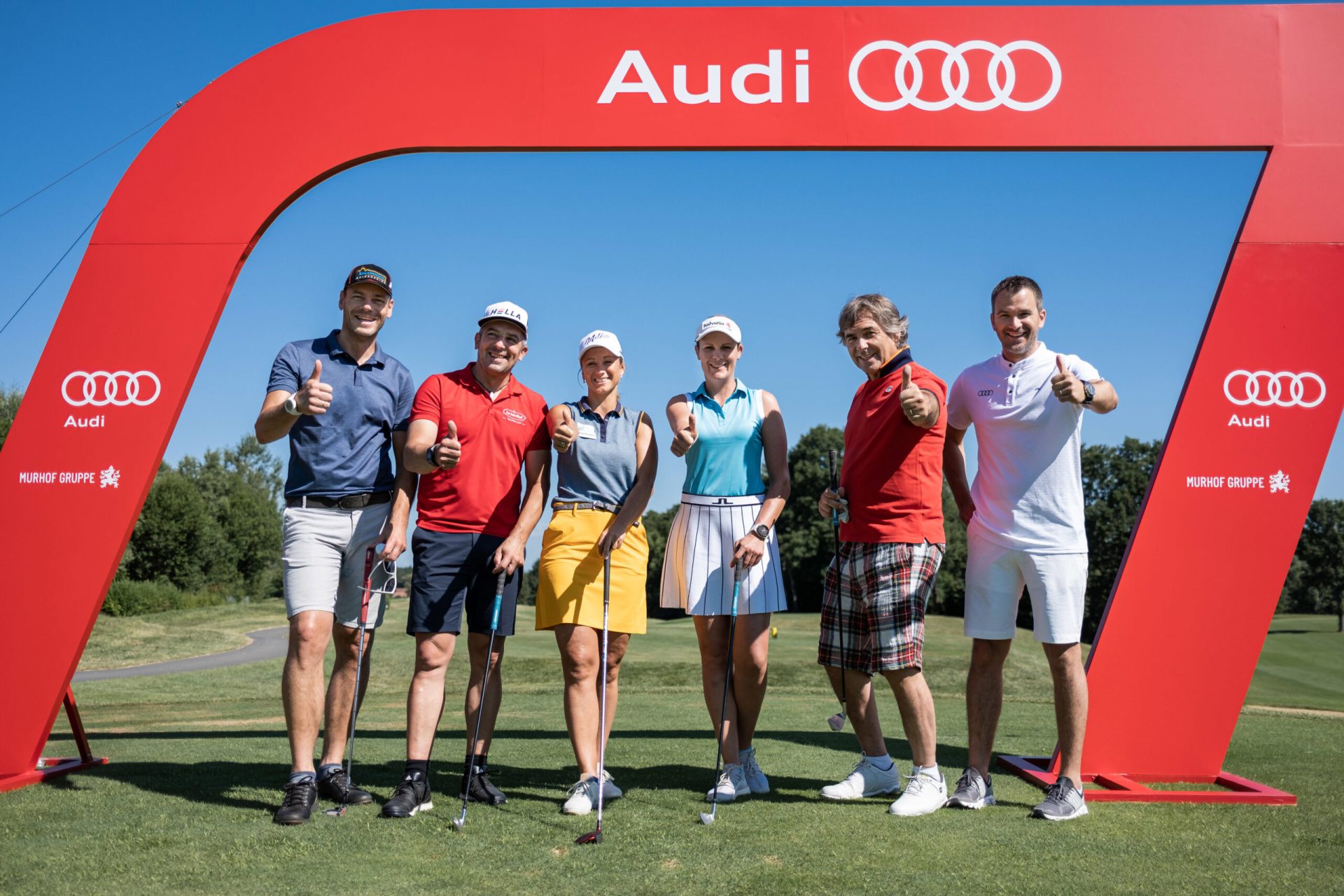 After a one-year break, a star-studded line-up gathered on July 2-4 for the 25th edition of the tournament. Among them were stars like Michaela Dorfmeister, Nicole Hosp, Michaela Kirchgasser, Anton Steiner, Michael Walchhofer, Nick Petersen, Heidi Neururer, Werner Gregoritsch, Ricco Groß and many more.
The organizers, Audi and the Murhof Group showed one thing above all: Despite tradition, a golf tournament is anything but dusty. This was ensured above all by the spectacular side program.

The golf tournament started on Friday evening with a beach party at Therme Loipersdorf with the motto “Cool by the pool”. Not only did BMX ace Senad Grosic deliver a spectacular air show, but there was also an exciting chipping challenge.
On Saturday, the winners of the Audi Tournament of World Champions had perfect weather. Nicole Hosp triumphed in the women’s category and Nick Petersen in the men’s category. Golf was played for a good cause. A total of 1.950 euros with 39 achieved Birdies went into the donation pot of the Make-a-Wish-Foundation, whereby the AEG marketing manager Martin Bekerle increased the amount to 3.500 euros. The day did not end there, and an extraordinary evening gala followed.

The last day of the tournament in the Styrian Thermenland started with a scramble for which former ÖSV eagle Thomas Morgenstern flew himself in. The overall victory was won by Ricco Groß, Eva Unterrainer, Markus Löschnig and the president of the golf club.
In conclusion, the participants and organizers stated one thing: The event in 2021 sets the standards for the upcoming years on a new level and the stars are already looking forward to a sensational new edition in 2022.