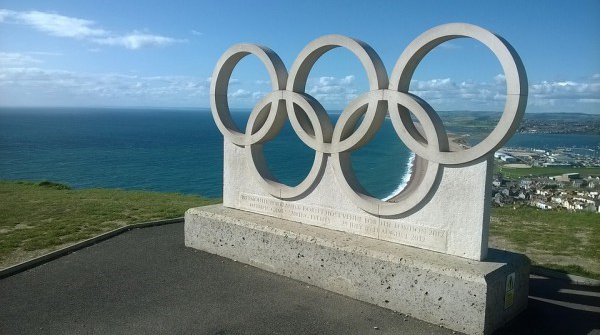 Olympic Games 2020 – Postponement and its Consequenced

The Olympic Games were scheduled to take place in Tokyo from the 24th of July to the 9th of August 2020. Due to the current situation caused by the corona virus crisis, drastic measures have been taken which leaves many events on the brink of failure. In addition to the European Football Championship, which has already been suspended, there was a loudly criticized delay in announcing the postponement of the Olympic Games in Tokyo.
The day before the official announcement, an IOC official from the US said a postponement was forthcoming, perhaps in a bid to apply pressure. After Canada and Australia announced that they would not be sending their athletes should the games take place as scheduled, the International Olympic Committee (IOC) decided to postpone the games in Tokyo until 2021. This also affects the Paralympics, which were scheduled to take place from the 25th of August to the 6th of September.
This is the first time in its more than 100-year history that Olympic Games are postponed by one year.For many disappointed athletes, who have been preparing for this highlight for years, several financial cutbacks will follow. It is also questionable at this moment whether the qualification for those who have already qualified will be cancelled or not. On the other hand, the postponement to the summer of 2021 will lead to some scheduling conflicts. The European Football Championship has already been postponed to June/July 2021. In addition, the World Championships in swimming and athletics are scheduled for 2021 and it is not clear at this moment how these conflicting appointments will be resolved.

In addition, such a suspension of the Olympic Games brings many other economic challenges and problems. Some of the most significant stakeholders of the Tokyo Olympics are the 14 global companies including Coca-Cola Co, Procter & Gamble Co., and Intel Corp that have spent $500 million this year and have committed close to $4 billion on multi-year contracts in order to merrit the designation as top-tier sponsors, according to research firm Global Data. After the announcement, the top five major sponsors, Procter & Gamble, Intel, Airbnb, Coca-Cola and Samsung Electronics reaffirmed their commitment. They are probably taking apart their marketing plans in order to find the way to continue leveraging the games and help the IOC build momentum towards them for one more year. The smaller, corporate sponsors who in a way build the sponsorship base are the ones who may see themselves challenged to continue their partnerships. Some of the 43 sports facilities in Tokyo were built for only temporary use and will therefore need to stand the test of time as well as exist as essentially a white elephant until the Games take place there. Also the apartments in the Olympic Village have already been sold or rented out in advance. In addition, millions of hotel bookings have already been made, and large advance payments have been made, which means that high losses are to be expected.

From an economic point of view, experts expect the postponement to have financial consequences of around 5.5 billion euros. In addition to the loss of the host Japan and the organizer IOC, there would also be a loss of about 120 billion euros due to a lack of tourists for Japan.
The situation is delicate and unpredictable, but nevertheless most people are relieved about a postponement of the Olympic Games and are looking forward to the Games in 2021.